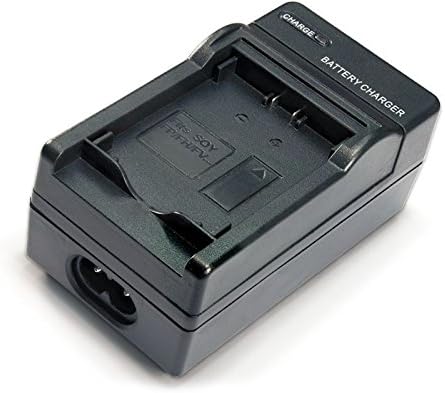 This compact rapid battery charger is designed to simply and safely charge your Samsung Smart Camera WB2200F battery within 2 - 4 hours.
It is supplied with switchable UK, European and US mains plugs allowing it be used in the UK as well as overseas (other locations will need a suitable travel adapter, not supplied). It also features a cable that allows charging within a car enabling you to use the charger on the move when mains power is not available.
The charger has a LED to indicate charging in process and changes colour to show when the battery is fully charged. It will charge Samsung branded batteries as well as equivalent non-branded replacement batteries. It includes short circuit and overload protection and will automatically detect different voltage inputs from around the world.
This charger will charge the following battery models: Samsung BP1410
This battery charger replaces the Samsung BC4NX02 part number
Simple to use clip-on UK plug for home use and European and USA plugs supplied for international travel
Slim, lightweight design
Smart charging LED indicator
Automatically turns to trickle charge after full charge
Short circuit and Overload protection
Can charge on the road with supplied car charger cable

Does James Teach Justification by Works?

For the past 500 years, Protestants have argued that the doctrine of justification by faith alone is a core component of the gospel of Jesus Christ. But sometimes opponents of the Reformation claim that the Bible actually teaches the opposite. In James 2:24, for example, we’re told that “a person is justified by works and not by faith alone.” So what is the point James is making, and does his teaching actually conflict with Paul and others? Shane Rosenthal discusses this with Bob Hiller, author of Finding Christ in the Straw, as they continue their discussion of the book of James.

This downloadable collection features 12 extended-length White Horse Inn shows and 5 Modern Reformation articles on the topic. It’s available to you for a gift of any amount.

Get the White Horse Inn radio show delivered to your inbox every Monday!

Sign up for our weekly “In the Inn” emails and receive the 5-part audio series on justification by Michael Horton as our gift to you!

Browse Our Back Catalog of Resources: